Will You Pay More For Medicare? 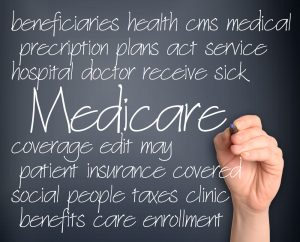 If you are approaching your Medicare eligibility, you should be aware of the Medicare Income-Related Monthly Adjustment Amount – IRMAA for short. It applies to higher income earners and results in increased Part B and Part D premiums.

How Does IRMAA Affect Part B Premiums?

This means-tested program operates on a sliding scale and is based on your income from two years ago. Even if your income was lower last year, your Part B premiums will be higher until you have two years of lower income behind you. You can expect to pay the adjusted amount so long as your income is above certain thresholds. The amount you pay is based on whether you file single or jointly.

The table below illustrates the Part B premiums for those with certain income levels. These amounts can, and usually do, change each year based on inflation metrics.

Part B is a cornerstone of Medicare. You should only defer Part B enrollment if you have qualifying group coverage (more than 20 employees) through your employer. If not, then it’s wise to begin Part B along with your Part A. For most, that happens at age 65, but there are circumstances when it can begin before or after age 65.

The IRMAA fee is not assessed by insurance companies, but rather the government itself. You pay them. The government will send you a letter as you approach Medicare eligibility stating what your IRMAA costs will be. The only way to avoid IRMAA is by not enrolling in Part B.

That’s not usually an option unless you have creditable group health insurance through work or retirement. If you don’t enroll in Part B when you’re supposed to, you’ll be assessed a late enrollment penalty for life.

(It should be noted there are no IRMAA fees for Part A. This program is free for most as it is earned through work credits or via spousal benefits.)

The second (and only other piece) subject to Medicare IRMAA increases are your Medicare Part D Drug plan premiums. Most consumers opt for a drug plan in order to reduce their prescription costs.

Whether you enroll in a Stand Alone Part D Drug plan or one that is part of a Medicare advantage plan, IRMAA can increase your monthly premiums. Here are the amounts:

While it’s not mandatory to enroll in a drug plan, late enrollment penalties apply here as well. So if/when you do enroll later, Medicare will assess lifetime penalties – just like with Part B premiums.

Even if you don’t need drug coverage, it can be wise to purchase an inexpensive policy to stay compliant. These plans start around $13 a month in most areas of the country. The adjustments listed above would be in addition to the cost for your chosen plan. They are also collected by the government.

What About Medicare Advantage Plans?

Even if you enroll in a $0 MAPD policy, you’ll still see the IRMAA charge tacked-on to the Part D piece of the policy. It’s unavoidable unless you enroll in a MA plan with no Part D coverage, but that could result in a lifetime of Part D penalties if you do enroll in one later.

What I If I Still have Insurance Through Work?

Your ability to defer Medicare enrollment beyond age 65 depends on a couple of factors. To defer Part B, your employer group must be more than 20 employees. If not, the government says you must enroll in Part B. From there, you can work with a knowledgeable agent as to your next steps.

To defer Part D enrollment, you must have creditable drug coverage elsewhere. This could also be through work, a union, or even the Veterans Administration.

Many consumers are able to defer one or both programs until retirement beyond age 65. If you’re not sure, then it’s a good idea to ask a professional. We’ve seen many mistakes made with enrollment deadlines and requirements. Those can be costly now and/or in the future.

What About Medicare Supplement Premiums?

The short answer is they are not affected by IRMAA. If you choose to enroll in an Medicare supplement insurance plan, then there will be no IRMAA fees based on your income.

Several different factors will determine your Medicare supplement premiums, but income is not one of them. Medicare has a lot of gaps, so it’s wise to fill them.

And there is usually only one time (your personal 7 month open enrollment window) when you can purchase a Medicare Supplement no questions asked. If you don’t take advantage of that opportunity, it might be difficult to qualify later due to medical underwriting qualifications.

Talk With An Independent Agent

Undoubtedly, Medicare can be confusing. There are many decisions to be made, but they must be made carefully. One wrong step at the wrong time can lead to delays, penalties and extra costs.

If you want to speak with a Medicare expert, contact us today and we’ll walk you through your options. Our independent agency specializes in Medicare enrollment and can guide you through the entire process.